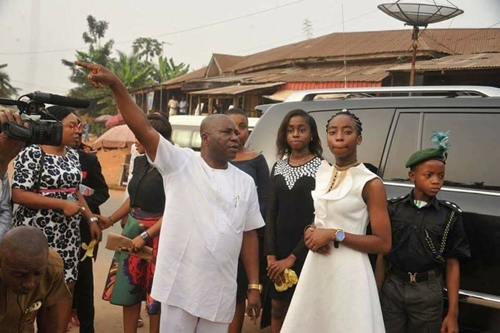 A 14-year-old teenage girl identified as Joy Ezechikamnayo, was on Monday, installed as the governor of Abia State for 1-day after winning a statewide secondary school essay competition on the topic, “What I Will do if I become Governor of Abia State.”

Miss Ezechikamnayo received the handover instruments from her ‘predecessor,’ Dr. Okezie Ikpeazu, and was ushered into the Executive Council Chambers of the GoverEnment House Umuahia with members of her cabinet.

She was later briefed by Dr. Ikpeazu on activities of government, including the ongoing statewide caterpillar revolution that Ikpeazu said had turned the entire state into a huge construction site.

‘Governor’ Chikamnayo thanked Dr. Ikpeazu for his leadership style and vowed to consolidate on the foundations already laid by Dr. Ikpeazu. She warned civil servants that her administration would not tolerate laziness. She also called on the people of the state to continue to support the government at all times.

Meanwhile, Miss Chikamnayo discharging her duties later that yesterday as she inspected the ongoing reconstruction of Aba Road in Umuahia. The teenage governor was conducted round with her team by the Permanent Secretary Ministry of Works, Mr. Nwala. 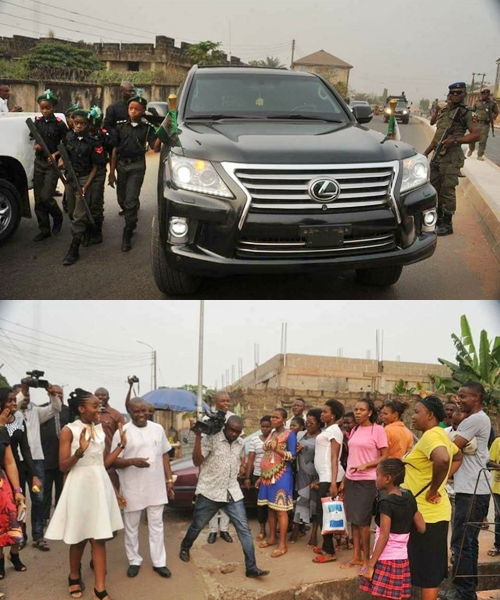 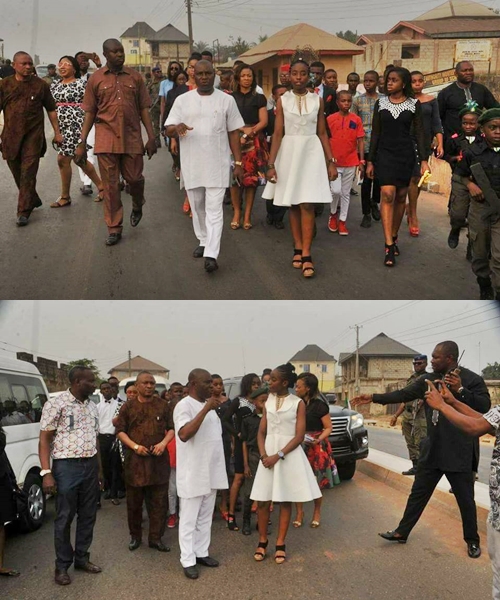 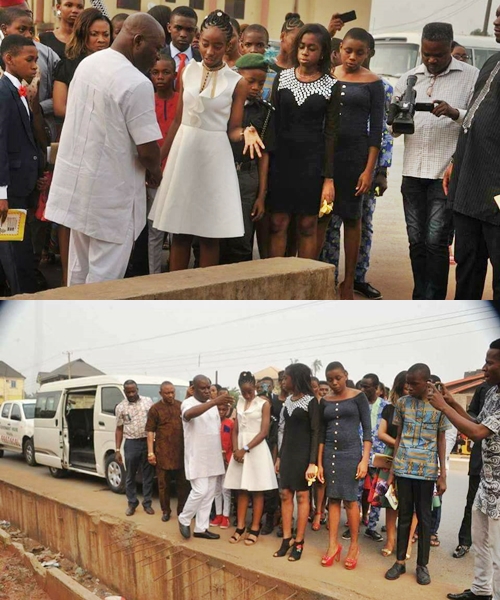